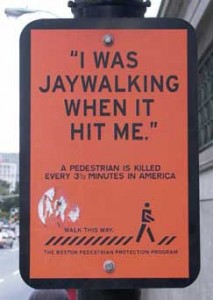 Step One: We admitted we were powerless over alcohol—that our lives had become unmanageable.

In the 12 Step rooms today we can witness all kinds of addictions and, in many cases, people who suffer from more than one kind of addiction. Furthermore, when one overcomes one addiction, often another substitute addiction arises.

In many 12 Step fellowships, it is difficult and sometimes forbidden to share and discuss these other afflictions because of Tradition Five: “Each group has but one primary purpose – to carry its message to the alcoholic who still suffers.”

Many addicts feel that identification, one type of addict with another addict of the same type is vital to securing the confidence of the one who suffers and that the addict who is making the approach has a real solution to the addiction. However, there are many cases where a Big Book sponsor does not share the same addiction, but has been able to identify with another type addict and successfully show them how to recover using the Big Book as a recovery text. For example, we know of a Big Book sponsor in Alberta, who is an alcoholic but has successfully shown food addicts, sex addicts, drug addicts, emotion addicts, self-mutilation addicts, and others how to recover. There are other examples of these kinds of Big Book sponsors throughout Canada, United States and the UK.

In the Big Book of A.A., the jay-walker story makes an excellent case for using the Big Book as a recovery text for treating any and all addictions.

On pages 37-38 in the Big Book of Alcoholics Anonymous it says:

“Our behavior is as absurd and incomprehensible with respect to the first drink as that of an individual with a passion, say, for jay-walking. He gets a thrill out of skipping in front of fast-moving vehicles. He enjoys himself for a few years in spite of friendly warnings. Up to this point you would label him as a foolish chap having queer ideas of fun. Luck then deserts him and he is slightly injured several times in succession. You would expect him, if he were normal, to cut it out. Presently he is hit again and this time has a fractured skull. Within a week after leaving the hospital a fast-moving trolley car breaks his arm. He tells you he has decided to stop jay-walking for good, but in a few weeks he breaks both legs.”

“On through the years this conduct continues, accompanied by his continual promises to be careful or to keep off the streets altogether. Finally, he can no longer work, his wife gets a divorce and he is held up to ridicule. He tries every known means to get the jaywalking idea out of his head. He shuts himself up in an asylum, hoping to mend his ways. But the day he comes out he races in front of a fire engine, which breaks his back. Such a man would be crazy, wouldn’t he?”

“You may think our illustration is too ridiculous. But is it? We, who have been through the wringer, have to admit if we substituted alcoholism or any addiction for jay-walking, the illustration would fit exactly. However intelligent we may have been in other respects, where alcohol has been involved, we have been strangely insane. It’s strong language but isn’t it true?”

What terms and phrases can we substitute for drinking, drink, alcohol, alcoholic when working with other addictions?

Need the “Zoom” meeting ID or want to be a member of T.G.I.F. and the Midnight Rounders… submit this form.